The SS Yankee Blade spent a short time on the East Coast and was soon purchased by Cornelius Vanderbilt and sent around the Horn for service in the Pacific. Under command of Capt. Henry Randall, she departed from San Francisco en route to Panama on September 30 and struck a rock off Point Pedernales (West of Lompoc, California) on October 1, 1854. There were 812 passengers and 122 crew on board at the time of her loss. A great deal of plunder and other unscrupulous activities occurred soon after the ship wrecked. 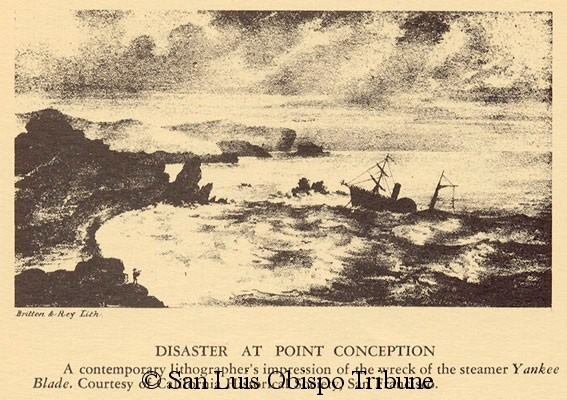 The wreck lies off South Vandenburg Air Force Base and security prohibits entry from shore. The nearest harbor is Santa Barbara, over 30 miles away. To compound the problem of accessing the site, the area is known for its hazardous seas as heavy surf prevails, prohibiting diving most of the year. Despite the rough conditions, some large pieces of the engines and machinery remain on the site.