Long before Gold had been discovered in California in 1849, a less publicized “Gold Rush” of equal, if not greater significance, occurred in the Deep South during the early 19th Century.

The treacherousness of transporting Gold found in the mines of the Carolinas and in Georgia to the Mint of Philadelphia became increasingly expensive, not just in monetary terms, but in human cost as well. Transporters, or couriers, frequently encountered hardships and hazards as a consequence of maneuvering heavy cargo along what often were merely narrow foot hills through harsh terrain and hostile wilderness that was still largely inhabited by Cherokee Indians opposing their forced relocation by the white man and his advance onto their lands.

By March 1835, Congress had passed legislation, signed into law by President Andrew Jackson, authorizing the construction and operation of three U.S. Branch Minting Facilities to better accommodate the transformation of Gold ore and assayed bullion into the coinage needed to sustain the economic and commercial expansion of the South. These two Branch Mints located in Charlotte, North Carolina and Dahlonega, Georgia were much smaller facilities than the New Orleans Branch Mint and both produced strictly Gold coinage for a very short period, and in such comparatively minuscule quantities, that any surviving specimens today are now regarded as highly desirable, true rarities in any grade.

The construction of both Mints practically began simultaneously:

Historical records indicate, however, that the Mint of Charlotte acquired a head start over that of Dahlonega. Construction of the somewhat understated looking building housing the Charlotte facility was completed in late July of 1837 and , by March 28 of the following year, it had produced its first coin for circulation: a Half Eagle of the Classic Head variety, of which only 17,880 pieces were struck. Shortly thereafter, the coiners at Charlotte began producing a Quarter Eagle of the same variety, and by the end of 1838, its first year of operation, it had struck 7,880 of these pieces for a total output of 25,059 coins of both denominations.

Early stage production impediments included initial equipment installation and set-up challenges, trial-and-error mechanical calibration, and press usage inexperience on the part of the newly hired coiners, many of whom were apprentices. There even were reports of delays with Gold ingot receipts from the various local assayers. Eventually, as the growing pains abated and the technology improved, this Mint’s production increased gradually over the years, at least enough, so to satisfactorily supplement the region’s money supply. Quarter Eagle production proceeded more erratically than that of the Half Eagle throughout the Mint’s operational life, however, and was even suspended during 1845, 1853, 1857, and 1859. Half Eagles were produced each year except in 1845, when minting operations came to a temporary halt altogether due to fire damage reconstruction. But by late 1847, the Charlotte Mint struck 23,226 Quarter Eagles and 84,151 Half Eagles, its highest production of this denomination than during any other year for a total sum of 107,377 Gold pieces. In 1849, this Mint began producing a One Dollar denomination Gold piece in very limited quantities, striking only 109,134 such pieces during a ten year period through the end of 1859. From the time of its beginning in 1838 to its termination twenty-three years later, the Charlotte Mint struck 217,833 Quarter Eagles and 877,819 Half Eagles. Mintage records indicate that, of the three denominations produced at Charlotte during this period, the combined output amounted to a total of only 1,204,786 Gold pieces.

When the Civil War began in 1861, the Mint, along with its coinage equipment and its rather small but know stockpile of Gold bullion, became a target of confiscation by the newly organized rebel military forces. Coin production at the Charlotte Mint ceased completely and forever, as did the federal funding on which its operation depended, and Confederacy’s efforts to maintain the Mint failed almost immediately upon North Carolina’s secession from the Union. Operations at the Dahlonega Mint had a similar challenging beginning, common purpose, and fate, with only a slightly larger combined production total to its credit. As in Charlotte the Dahlonega Mint struck mostly Quarter and Half Eagle coinage, eventually adding On Dollar denominated pieces to its production assignment in 1849 and continuing their production each consecutive you while the Mint was operational. In 1854, the Three dollar Gold piece was introduced into circulation and its production in the South was introduced into circulation and its production in the South was relegated to both the New Orleans Mint and the Dahlonega Mint, which ceased its production of that denomination after just that one year. Producing only 1,120 of these pieces, an 1854-D Three Dollar specimen is among the most treasured rarities in U.S. numismatics. 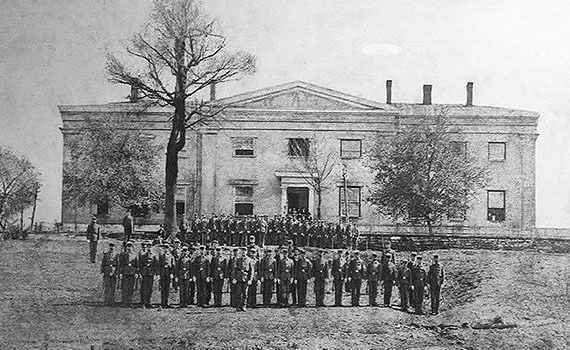 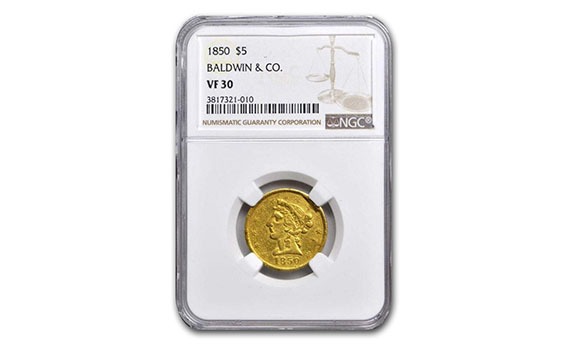 Unlike Charlotte, Dahlonega produced only Half Eagle coins during its first year of operation in 1838 and did not strike any Quarter Eagles until 1839. Although Quarter Eagle production at Dahlonega ceased permanently two years prior to the Mint’s dismantling in 1861, it preserved uninterruptedly until 1858, the only year none were struck, and then resumed production for just one more year in 1859. Half Eagles were struck each year at Dahlonega during its entire twenty-three years of service. however, during its last year of perhaps because of their short operational life span, their unusually small-scale die preparation and production records, and their abrupt demise upon the outbreak of this country’s most destructive war, the Mints at Charlotte and Dahlonega have assumed an almost folklore fascination over the years among numismatists who relish in the early developmental history of the American South. operation, it produced only 1,597 such pieces. In total, the combined mintage output of all $1, $2 1/2, $3, and $5 Gold pieces struck at the Dahlonega Mint was 1,378,663. Eighty percent of that Mint’s production was the Half Eagle coin.